How Panadvert promoted the Concert of Nikos Vertis in Mykonos 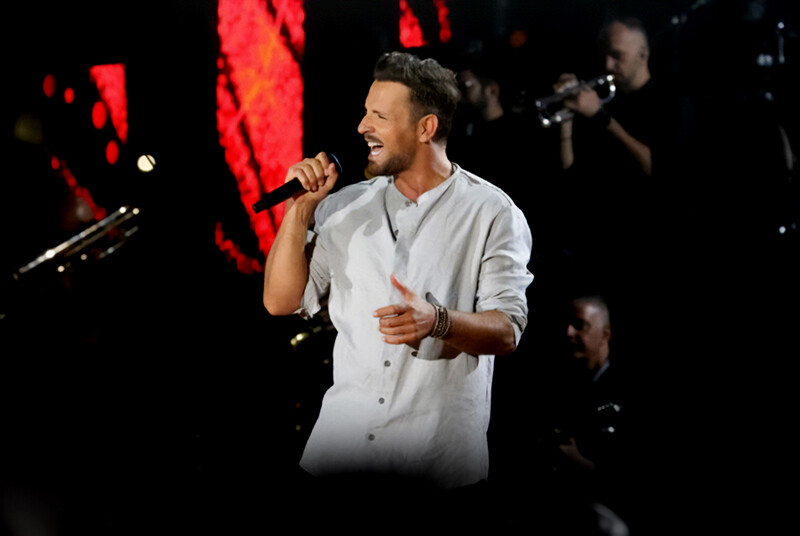 This season we had the pleasure of working on a very exciting project with our long-time partners at Pasaji Mykonos. The famous seaside restaurant decided to enhance its entertainment program with a special live concert show extravaganza, headlined by Greece’s biggest music star, Nikos Vertis.

Panadvert’s team was tasked with the digital promotion of the event, on various online platforms. Our job was to attract the target audience for the specific artist and show, over and above the already successful lead generation campaigns, we were running for the client.

How we went about it:

Having locked in the date almost one month before, we had to work backwards to figure out exactly when it’d be realistically feasible (in terms of creating all relevant content material) to launch our digital promotion for the event. Considering all the necessary internal organization required, we settled on launching the campaigns a little over 2 weeks before the actual event.

The digital marketing campaign had four main parts to it:

Starting off, a special landing page on the restaurant’s website was created, containing all relevant information regarding the concert, dates, contact and booking details etc.

87% of all conversions that took place on the event landing page came from paid advertising efforts (Google Ad Banners and/or Social Media advertising).

As soon as we had our landing page set and ready to go, we launched various campaigns targeting Mykonos, Greece, the Balkans and the Middle East. Some of them aimed for generic awareness, others specifically for events in Mykonos and finally some intended for an audience familiar with the famous singer.

Over the span of 15 days the campaigns reached astonishing results – Specifically:

At the same time, we launched social media campaigns across both Facebook and Instagram to start generating traffic to the landing page and raising awareness for the upcoming event.

We promoted the posts and advertised other non-published posts (Dark Posts) to distinct audiences. Throughout the campaign, we measured the performance of the individual audiences and adverts and optimized accordingly, which ensured the budget was spent evenly and most importantly, efficiently.

In terms of engagement metrics, in the span of these two promotion weeks, the official Instagram account of Pasaji Mykonos Restaurant (@pasaji.mykonos) had a 14% increase in followers.  While the Instagram stories promoting the concert had 11 times more Impressions than Pasaji Mykonos’ AVG story impression metrics and 7 times higher Reach. Moreover, the post Reach AVG of all the concert-related content quadrupled compared to the account’s AVG on Instagram. The same metric reached almost double numbers on Facebook. Last, but in no way least, 67% of responses on the concert’s official Facebook Event came directly from our campaign.

For this project, we also enlisted a new player in Social Media advertising – TikTok. Though the budget allocated to this platform was controlled, the results were astonishing, with the event being exposed to 2.1M users and with up to 4K Clicks on our ads.

Though digital advertising played a definitive role in raising awareness about the event across Mykonos, Greece, as well as, various countries abroad, Panadvert consulted their partners to promote it using traditional marketing tactics too. A combination of printed promo media, PR collaborations with on and offline publications and advertisements on local media outlets added a significant advantage to our digital efforts. These actions were initiated by both the Pasaji Mykonos staff, as well as, the artist’s record label and team, who worked hard on spreading the word about the event.

The Day of the Event:

The day of the event itself was a huge success, with over 1700 bookings– and queues of people waiting to get in… More importantly, the quality of the attendees was extremely high, with many of them visiting Pasaji Mykonos from Israel and other Middle Eastern countries just because of the concert.

This fun digital marketing campaign was somewhat of a challenge for the Panadvert team, which doesn’t regularly deal with projects such as promoting physical events. Despite the time-sensitive nature of the task and the sensible budgeting, the results speak for themselves. We look forward to taking full advantage of our experience with this project and adding value to future similar campaigns with our partners.