Best Use of Hotel Social Media 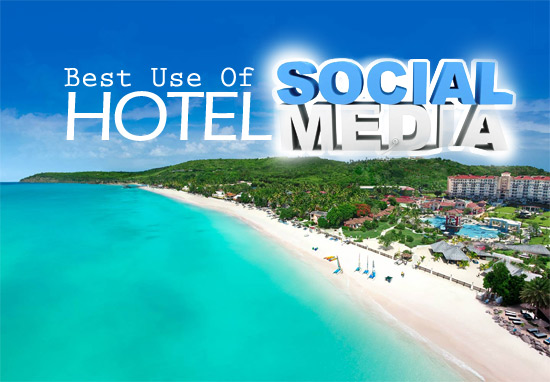 In recent years, the Social Media have become an essential component of the hotel industry. The fact that users are constantly online and they can directly communicate as clients with the hoteliers, render them an essential part of the Online Marketing Strategy of the Modern Hotel.

What do the statistics show
There are dozens of statistics that show the power of the Social Media upon hotels, but I will focus on a recent one carried out by leadsift.com on 10.000 travelers.

Do the Social Media generate reservations? 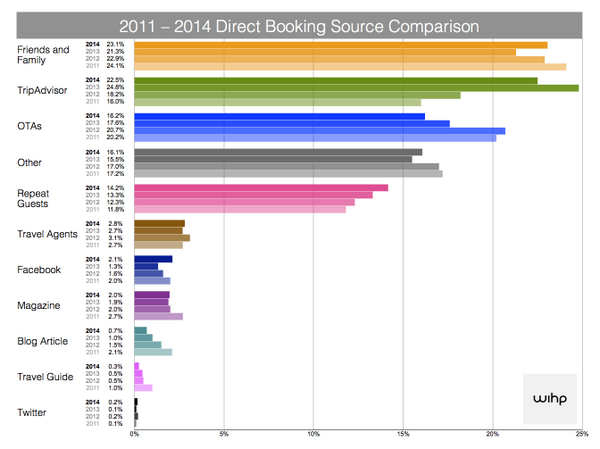 According to the above photo and the recent survey of WIHP Hotels on approximately 2.000 hotels, (asking users where did you find the hotel during the booking process) we notice that 22,5% of the direct bookings through the official website of the hotel referred via TripAdvisor and 2.1% were generated from Facebook. In fact, Facebook manifests the largest increase of all and tends to exceed that of the Travel Agents.

It’s a serious business
The handling of the Social Media should be carried out in a very sensible way and even with a scientific approach. We recently placed two ads for job openings at Panadvert. One of them searched for an expert in Google Adwords and the other for a social media expert. For the Adwords position, we received 14 CVs and for the Social Media position’ a tremendous 670!
What we concluded is that there is a tendency by people to consider themselves as Social Media experts simply because they have a Facebook account. This does not solely apply to candidates who are seeking employment, but it is equally detected among Web Design firms and Public Relations agencies which have the mistaken notion they can successfully undertake such services.

Any Social Media platform can be the official voice of the hotel. Bad use of those platforms and their respective accounts, can and will have a significant impact on the hotel’s reputation, sales and even its survival. 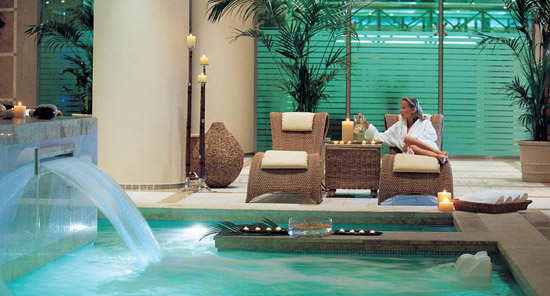 Strategy and Guest Engagement
The Social Media should be integrated into the overall strategic plan of the hotel. The hotel’s personnel must also be trained in order to become “social oriented”. Almost all hotel guests are bound to get connected to the social media platforms maintained by the hotel, either during their stay or mostly at check-out. The strategy should not merely evolve around advertising in Facebook but it should develop based on the social power of the users.

In the long run, this would yield to a large Interactivity Level. I explain further down what Interactivity Level means. (As an example: a Facebook account with 19,000 friends managed to attract 700 shares and 2,450 likes for just a single post).
The fact that the hotel is connected to all of its customers, gives it a great strength in sales as customers who are connected to a social media account are more likely to be repeaters or, at least, recommend the hotel to a friend via repeating marketing.

Content Management and community building
The waffle effect…
You honestly do not need to have won a Nobel Prize in Literature in order to write for the Social Media!
There is a misconception by professionals who are not well acquainted to the Science of the Social Media, that luxury customers are keen on the industry’s jargon.
This myth belongs in the past and it was broken in recent years by the large Hotel Groups. In measuring the interactivity ratio* and in using various linguistic patterns, they observed that even the high-end and luxury clientele actually preferred to be approached in a more simplistic and less formal language. If we have a closer look at large Hotel Groups such as Mandarin, Shangri la, Four Seasons, etc. and how they write posts in their Facebook accounts – and Twitter in particular -, we will certainly detect a shift towards simplicity. Numerous case studies have proved that a text full of jargon had a lower conversion to page visits and call to actions in comparison to a friendly approach via the use of simplistic language. 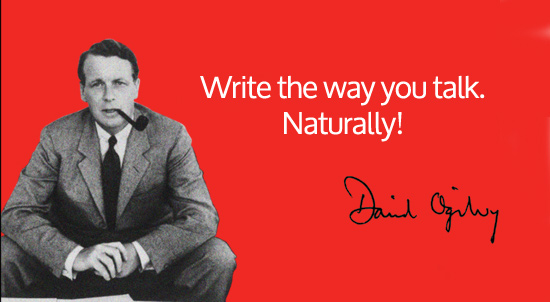 In September of 1982, David Ogilvy, often regarded as the father of modern advertising, sent an internal memo to the employees of his agency saying: “Write the way you talk. Naturally”

** One of the most successful Facebook communities in the world addressing a luxury crowd, is Luxury Experiences which has 830k Likes on Facebook and uses very simple texts in its posts.

We come to the conclusion that if you want to be properly using the Social Media, you should aim to be authentic. Remain as true as you can and avoid to go OTT. Using Shakespearean language and unrealistic photographs does not work to the social advantage of your hotel. It will actually have the exact opposite effect from the one you are yearning to achieve. It is a form of “journalism” so use unique material to make an impact.
In the social media the public detests the clichA�s such as : “The customer is a king”, “We are the leaders” etc.. What the public wants to see and read is unique information that yields to something meaningful and useful. Before you post something in the social media, you should aim at feeling like a magazine journalist who has researched the destination and wants to share something significant about the actual hotel.

The Power of the images.
The Social Media platforms are far more demanding in photographic material than the average Photo Gallery of a hotel’s official website. As part of their Social Media Strategy. Social Photography Plan
As part of a proper Social Media strategy, hoteliers should be acquiring photographic material to be used specifically for this purpose. Those images should be depicting everyday moments and situations which are highly likely to attract the Audience’s Attention and promote further engagement than they would attract if they were simply taken from the hotel’s website Photo Gallery. The photographs which are most appealing to the Social Media users are those which depict a randomly given situation which is true, above all, and not a set-up.
Photos should be shot from a mobile phone or uploaded via Instagram regardless if they are shot by a professional photographer or not.
The three main features of Social photography, are:

The photograph accompanying a post in the Social Media does not need to be a high resolution one. It should basically aim at projecting the qualities of the hotel and the brand story-telling through the eyes of the guest staying there. In other words, the photo should show a small and unique story about the brand name of the hotel.

Which of the Social Media platforms should we boost?

Facebook and Twitter
Those two platforms have to do with the “experience” the guest had and, as a result, any exchange and sharing of information will be mainly based on the experience of the customer regardless if it was a good one or a bad one.

Blog
For the experienced users, the static information the hotel shares in its website will not suffice. They will prefer to read the blogs for a more “fresh” insight to its news.
Also, based on the changes in Google’s algorithm, a website which is regularly updated in content is greatly aiding SEO in comparison to the static website which is updated once a year. So, a rich and regularly updated Blog section in a website will work wonders to the much wanted SEO and greatly contribute to the handing out of fresh and useful information to the user.

Youtube / Pinterest / Flickr
A hotel’s extra added strength also lies in photos and videos. Those Social Media platforms are the most appropriate via which to communicate images to the outside world.

Google+
Google+ is now linked to Google Maps and therefore it is immensely important that it is well updated in photographic material and the correct location is carefully pinned on the map. It is now also part of the meta-search engines like Google HPA, where, with the right tools the hotelier can acquire direct online reservations. 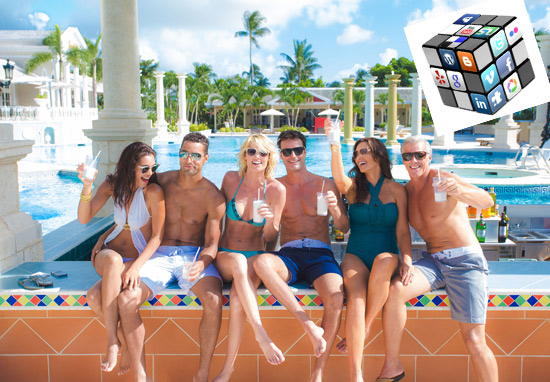 Paid vs Real Likes
Paying for Likes in your Social Media accounts is precisely like starting a sports career with use of steroids. If your account is properly set and soundly operating, then you will not ever have to pay for Likes.

Use of the Social Media to replace the “deal sites’
A recent trend has been detected. That of using Facebook as a sales channel for deals and offers. Via Facebook Advertising the hotel can successfully communicate specific offers to specific markets without having to pay the commission which is slapped on by “deal sites’ like Groupon, Voyage-Prive and other.

Direct advertising and direct bookings via Social Media platforms
New forms of technologies such as the META I / O platform, give the opportunity to hoteliers to drive traffic from TripAdvisor, kayak, trivago, Google Hotel Finder, Google Maps, Google+, Hotels Combined and more to their websites and to their own booking engines, sidestepping Online travel agents (OTAs) and Google Search.

The Plan
The firm that will undertake the development of your hotel’s social media must essentially create a Social Media plan consisting of specific objectives & goals. You will also need to install all the necessary measuring tools to measure the effectiveness in bookings, visits and individual qualitative statistics, all of which will enable you to understand so much better and come a lot closer to your “social audience”. How can hotels measure their Social Media success?
ROI Manager is a unique tool which counts the number of reservations made through the Social Media platforms to the hotel’s own booking engine and even presents all the data pertaining to the reservation.
In using the right tools the hotel can understand consumer behavior, measure loyalty and emotions, forecast consumer needs, launch customized special offers and deliver services and promos that are more suited to the guest’s requirements.
The ever increasing use of the Social Media by hotels amounts to huge demands on expertise and specialized technology. The rapid advances in technology will make the Social Media expertise increasingly valuable over time.

Take advantage of all those platforms available and present to the social community the open-minded spirit of your hotel.
As time goes by, Hotels will be more and more at the forefront of the use of the Social Media via new and creative ways.

Hotel Groups and chains, Hotel management companies, as well as, five star hotels will continue to embrace the social media tightly as technology around them matures. The impact of the Social Media upon the future of the Tourism industry will be felt enterprise-wise, as more fresh opportunities will constantly arise for the generation and acquisition of direct bookings.
It is time to create your audience within new creative worlds.

The future is here.

John Giannatos is the CEO of Panadvert.
Note: Panadvert acquired the Gold Award in the category Digital & Social Marketing for the use of Social Media at the Greek Tourism Awards 2014 while recently, the A�cole hA?teliA?re de Lausanne on behalf of Switzerland Tourism Organization included Panadvert in the list of the 10 selected case studies around the world.