Of people who access Facebook on both a monthly and daily basis, 90 percent of them do so on a mobile device. People needed a quick and easy way to express a more nuanced reaction than a simple “like”. Of course, Facebook users have to option of commenting on posts, but composing responses on a keypad takes too much time and so users have become less and less inclined to comment.

What does this mean for businesses?

Facebook’s six new “reactions” allows users to express themselves in different ways. A friend will no longer have to think twice whether to “like” a facebook post about the death of a relative, for example. She can click “sad” instead. The “like” button had become a substitute for “seen” or “agreed”, making the word “like” lost its meaning and power. Businesses now have the opportunity to engage followers in different and one of the world’s leading brands has already done so:

Chevy’s “From Like to Love” spot urges customers to differentiate themselves from a “sea of likes” and to start “loving”. The ad started airing the same day Facebook rolled out its new “Reactions”, setting the tone for what both Facebook and advertisers hope will increase overall interaction from mobile users. 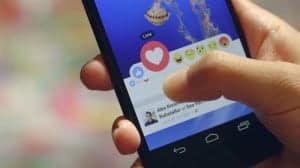 How will hotel marketing be affected?

Mobile bookings for hotels are one the rise globally, matching the rise of overall mobile use. Hotels will either adapt to the change or get left behind. Any new feature that increases interactivity for mobile users is bound to benefit those who know how to utilize it. At Panadvert we’re already coming up with ideas for our customers. It has always been our philosophy to go beyond the “like” and we’re glad Facebook is finally providing us with the means to do just that.